Guantanamo 'not on table' in Cuba talks 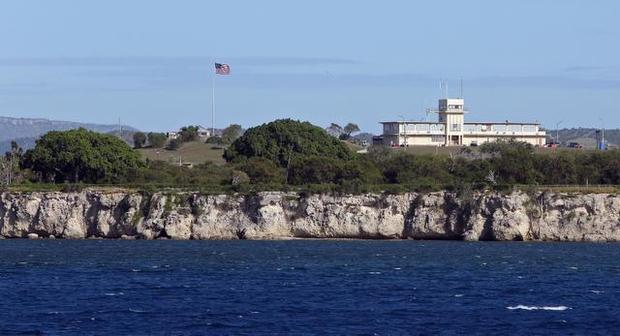 USA does not intend to return to Cuba Guantanamo.The head of the American delegation at the talks in Havana Robert Jacobson said that the U.S. does not wish to discuss this topic.

For America to say “Obviously the Cuban government has raised Guantánamo, we are not interested in discussing that. We are not discussing that issue or return of Guantánamo.” is extremely belligerent.
To have torture and false imprisonment being commited on your territory is abhorent to any civilized nation.
Then perhaps you should wonder also about the small island called Diego Garcia (officially a British Overseas Territory) and why the British government, to my knowledge, has said absolutely nothing about the recent revelation that again the americans have used this foreign leased island as a torture base.
What the hell kind of hold do they have over us, for us to be so acquiescent?
I will go out on a limb here, but perhaps according to the Mirror, the US intelligence services new as more about our dirtiest of secrets than HMs gov. And remember also the revelations about laptop inbuilt cameras remotely being able to record the users image. Intelligence is a dirty game, I imagine they have enough dirt to bring down most governments at will.

Would love to see it happen-Too many stipulations from Cuba would prevent any agreement unless US conceded!