John Kerry: ‘We are on the road’ to defeating IS 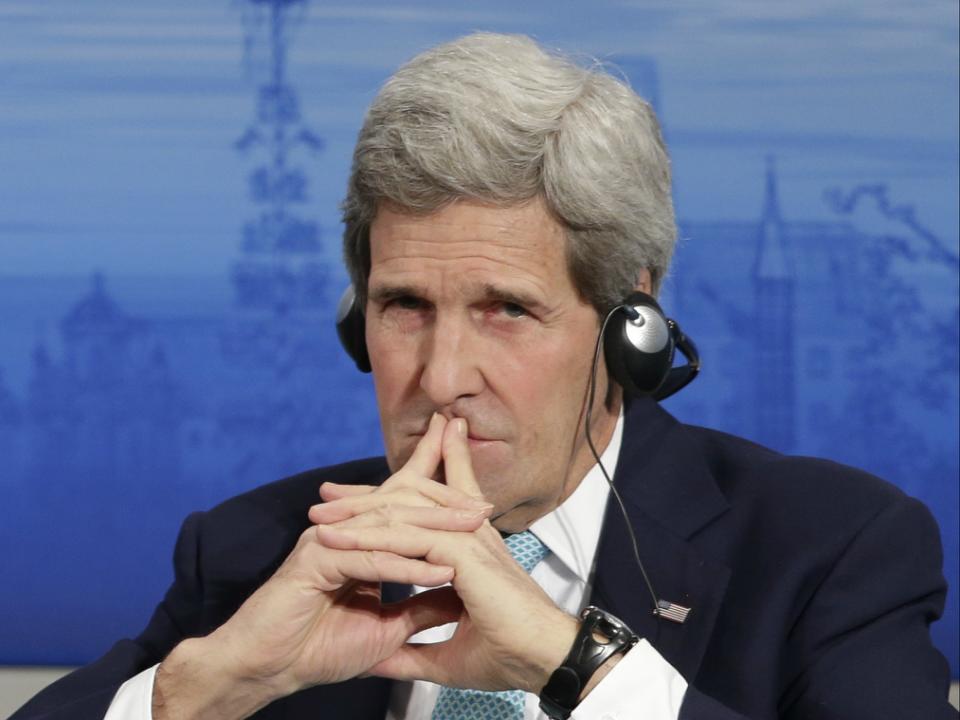 Secretary of State John Kerry says the U.S.-led coalition is “on the road” to degrading and destroying the Islamic State militant group in Iraq and Syria.

"Degrading and destroying" hmm, somehow I just can't believe that statement. It's a shame it took the situation with that pilot, " thoughts and prayers to the family members" and "May God rest your soul" to start a more intense ATTACK on these low lifes. It really is, but, since there seems to be more attention now, capitize on this and blow these M F ers off the planet. Get busy world leaders and pool your resourses and devour these scumbags. Then move south and nail that BoKo group. Time to quit screwing around with these clowns. ( I hate clowns) ( they come out of the sewers) what movie was that, oh yeah now I remember ( IT).

John Kerry is just one more politician who'll say and do anything to curry favor with this administration, regardless the level of deception (read LIE). Susan Rice's recent comments also reflect almost a minimal concern about putting things in perspective, given the recent events abroad AND our allies' apprehensions because America can no longer be trusted for support. Remember: even a beheaded American didn't slow down Obama's plans to get out to the golf course--after a few phony words of sentiment, that is

The only road that Kerry is on is the one that Dorothy took, the yellow brick road. Hey, Mr. Kerry, did you not just hear the news about the killings just done in Bagdad? You know, that city we had secured before pulling completely out of against all experienced advice, the country that we let the ISIS get it's foothold in. Gaining 20% of territory that never should have been lost is significant?

Oh, and you had better talk with France about your comment on divisions between the U.S. and it's European allies. France is on record today as saying war is just around the corner with Russia. This, Mr. Kerry, is called CURRENT AFFAIRS